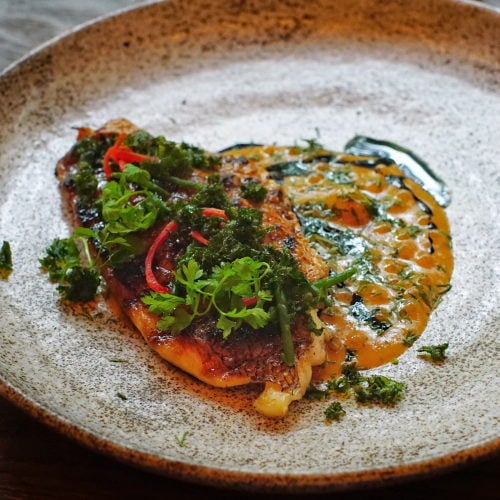 Andrew Walsh’s flavour catfish and marriage — with a happy ending

Andrew Walsh (chef-owner of Cure, Bao Boy, et al) opened one of my most heavily anticipated restaurants of 2020 — Catfish at Telok Ayer.

Oh boy, if meals were dates then Catfish had truly catfished me — in the best possible way, of course. While I am familiar with Chef Walsh’s inspired culinary nous and experimental edge, this still exceeded my expectations.

My catfish date’s suggestions of marriage (of flavours) were powerfully convincing, and by the end of my meal I was ready to believe in marital bliss.

This timely Weekday Set Lunch ($55/3 course) at Catfish helped finish 2020 on a high note, against all odds in an unnerving year. 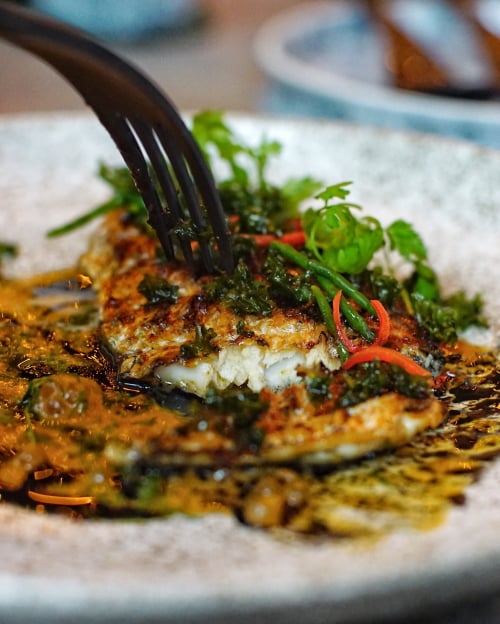 I’d just get right down to their piece de resistance — the Sichuan Market Fish. Because it genuinely scratched all the itches I never even knew existed.

Is this an attempted Catfish? Well, the overpowering feistiness I expected from the ensemble of samphire, herbs and laksa didn’t quite materialise.

The end result though, was so so much more bewitching. All facets of the flavour shone through beautifully and with eloquent balance. 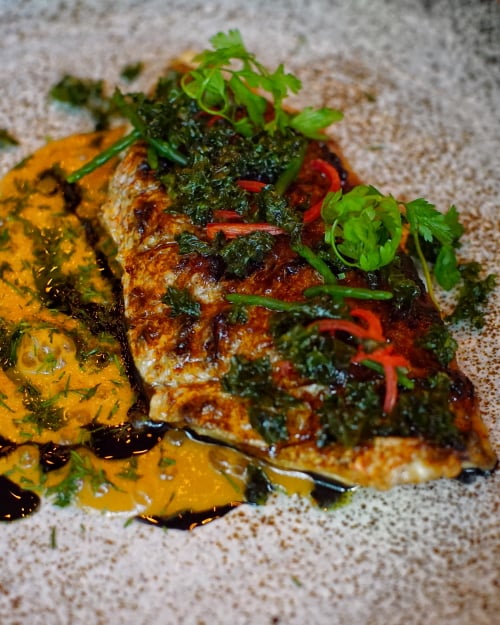 The silky rich sauce smothered the fish with a gamut of flavours which alternated from controlled coconut fragrance, sweet-umami , kisses of spice, and an exquisite herbaceousness.

That slab of fish itself was grilled to perfection as reflected in its gentle crisp, tender bite, and juicy smoothness. 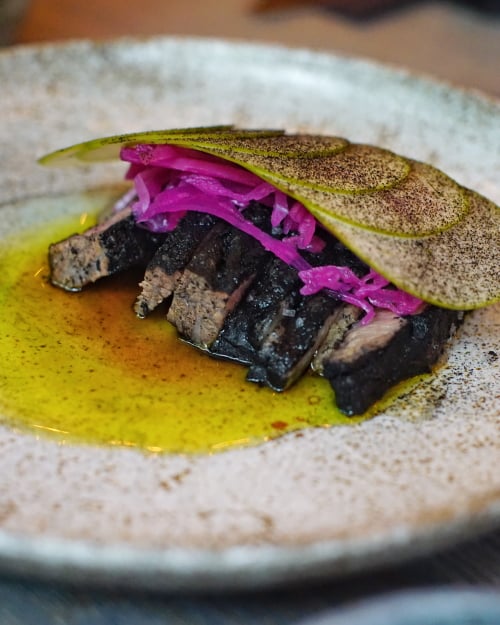 Alternatively, we thought Catfish’s jet-black Beef Short Rib Pastrami would be perfect for the less seafood-inclined.

We were quite smitten by the luscious, vividly-pink-centred beef and how a tarry cloak of deep  flavours formed a vignette around it. 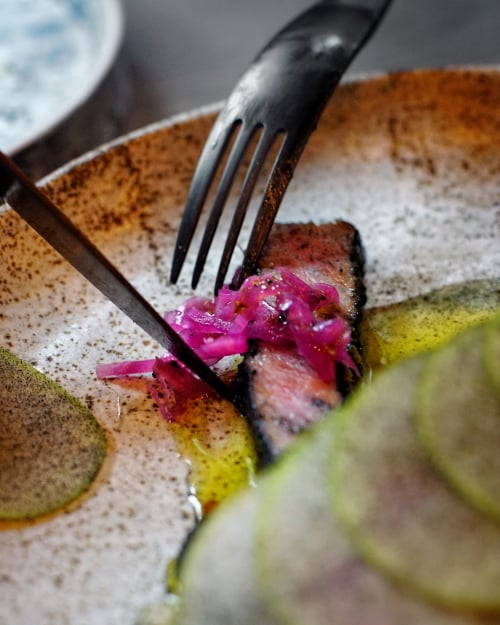 Red cabbage and mustard then added a certain attenuating levity which brought an elegant balance to an otherwise decadent dish.

Come for the fish, stay for the beef as well, I’d say.

Alas the starters fell somewhat short of the heights which the mains reached. It’s not a slight to the sides at this restaurant, but rather a testament to the mains Chef Andrew has created for Catfish.

For example, the inspired Squid and Chicken Wing Ramen did elicit some sense of wonderment. Those bouncy squiggles swam in a chicken and truffle broth to loosely replicate udon.

Its flavours were strong but fell somewhat flat from a lack of the promised truffle perfume. But overall, the textures and its zany concept carried the dish. 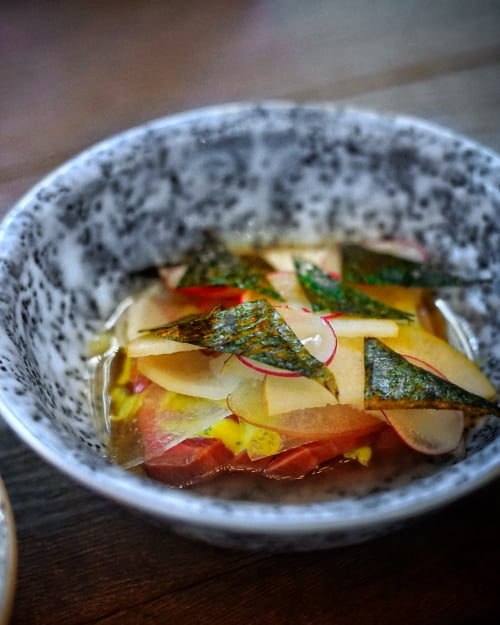 On the other hand, Catfish’s Hamachi in Ponzu was deftly executed. Hamachi’s delicate flavours were accentuated by the crisp citrus of the sauce and Nashi Pear.

It’s a show of finesse and balance — sometimes less is harder to get right. However, there’s not as much adventurous spirit in this as the Squid Noodles/

Besides the mains at Catfish, the desserts also brought a palpable joy to end the meal.

In particular, the Strawberry Pavlova was quite interesting. It’s since been replaced by the raspberry Eton Mess. But I found it stronger of the two desserts. 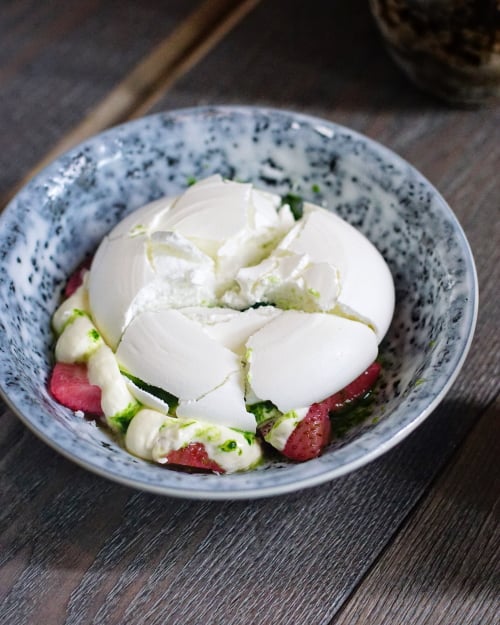 It’s an unassuming mound of whiteness, but the magic starts when its broken apart. The hidden feisty, piquant strawberry notes start frolicking towards the sharpness of its emerald soulmate, basil.

Pieces of the daintily-shattered fromage blanc seamlessly mixed an airy sugariness into the dish. It’s a simple amalgamation, but one that was somewhat enchanting. 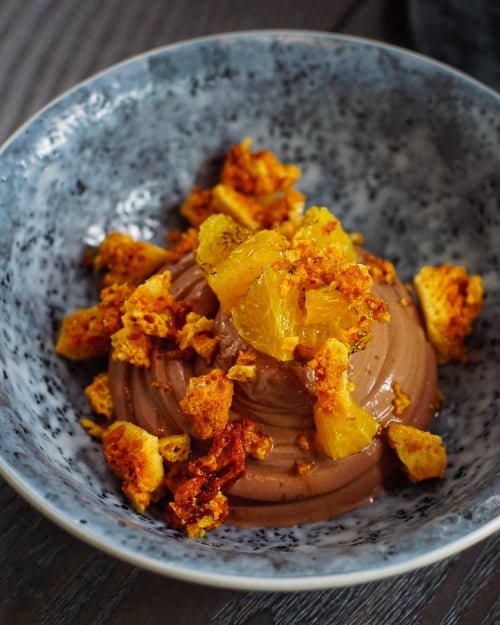 Contrastingly, I found the Chocolate Mousse a pleasant dish which did not have a real standout factor.

An ensemble of honeycomb and orange curd interesting textural and flavour counterpoints to the luxurious and creamy chocolate mousse.

Might have expected more from the appearance, but hey the Catfish name of the restaurant must have taught me a thing or two.

At the end of it all, I admit that I have heard much of Chef Andrew Walsh’s concepts but have never been to Cure, firmly perched at the top of my list.

However, Catfish has put a voice in my head saying “make haste my child.” It’s made a fan out of me.